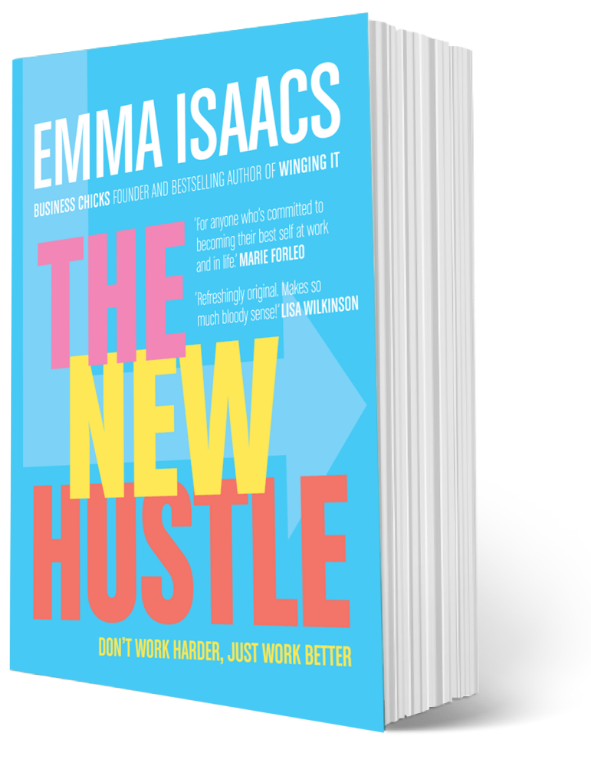 WHAT IF WE’VE BEEN SERVED A BIG, FAT LIE ABOUT WHAT IT TAKES TO BE SUCCESSFUL AT WORK?

Pro-hustlers will tell you living in a work-more, sleep-less world is how we get ahead. But on the back of the pandemic, entrepreneur and Business Chicks founder Emma Isaacs believes the hustle is now dead. Moreover, traditional ways of working – long commutes, unproductive meetings and outdated systems of bureaucracy – actually don’t work at all.

Emma believes we don’t have to work harder; we just need to work better. In fact, we can slash our hours, take shortcuts and still get more done – without feeling depleted. By becoming more intentional and reimagining the way we work, we can rewrite the old work rules and reinvigorate our lives.

In The New Hustle, Emma condenses her wisdom into 77 anti-rules for maximum dip-in-and-out efficiency. Drawing inspiration from her team, the members of Business Chicks and the many entrepreneurs and leaders who have graced the Business Chicks stage – from Elizabeth Gilbert to Simon Sinek – she guides us towards embracing radical flexibility, making quick decisions and working smarter, from the emails we craft to the talent we recruit … and saying no to the things that don’t matter, so we can say yes to the things that do.

Written with humour, insight and a serving of tough love, The New Hustle is your go-to for more productive, creative and meaningful work by one of Australia’s most unconventional and effective entrepreneurs: a bestselling author, mum of six – and a woman determined to start an anti-hustle revolution.

‘In The New Hustle, Emma dances between deeply insightful wisdom and practical advice that we can all put into effect to make our work more fun and meaningful. It’s for anyone who’s committed to growing and showing up their best self at work and in life.’

‘Emma has an inexhaustible joie de vivre, and she delivers an intelligent guide for a new way of working.’

Emma Isaacs is the founder of Business Chicks, a half-million strong community of businesswomen. A born entrepreneur, Emma has spent her life building businesses and helping people see possibility when they hadn’t imagined it before.

When Emma was just eighteen, she became the co-owner of a small recruitment company where she had just started working. By the time she sold the business eight years later, it had grown exponentially and was named Australia’s Favourite Recruiter in the SEEK Awards for three years in a row.

When Emma was 25, and while she was still running the recruitment company, she felt pulled to try something new. She was invited to a small event by a group called Business Chicks, where she learned the brand was up for sale. She took a leap of faith and bought it.

Over the past sixteen years, Emma has transformed Business Chicks from the ground up, growing it from 250 members to what it is today: a global enterprise that operates in two continents and eleven cities, and produces more than 100 events annually, with past speakers including Dr Brené Brown, Seth Godin, Sir Richard Branson, Gloria Steinem, Nicole Kidman, Sir Bob Geldof, Sarah Jessica Parker and Julia Gillard, amongst others.

Born and raised in Sydney, Emma lives in Los Angeles with her six young children, where she heads up the now international Business Chicks. She is a serial property investor, mentor and angel investor, and under her leadership, Business Chicks has raised more than A$13 million for charity. 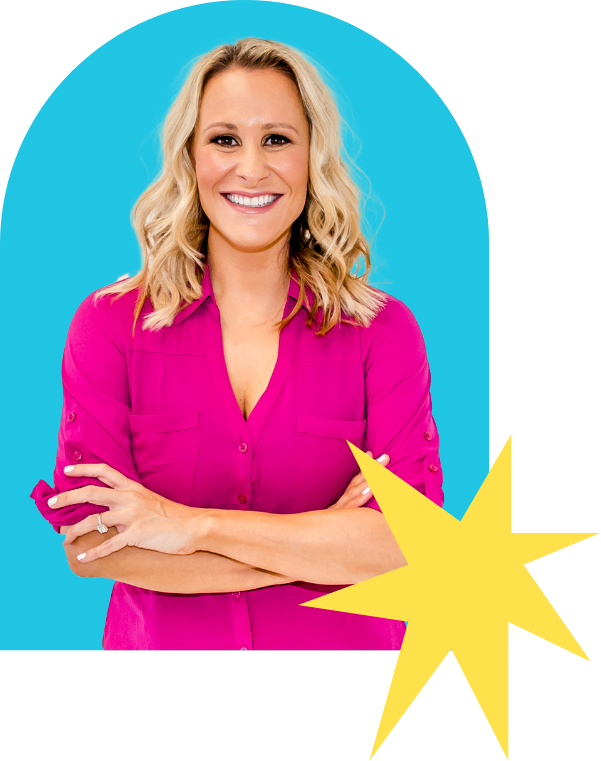